Wolframite, is an iron manganese tungstate mineral, is a primary ore of tungsten, and is the intermediate between ferberite (Fe2+ rich) and huebernite (Mn2+ rich).
Along with scheelite, the wolframite series are the most important tungsten ore minerals. Wolframite is found in quartz veins and pegmatites associated with granitic intrusives. Associated minerals include cassiterite, scheelite, generally less of (bismuth, quartz, pyrite, galena, sphalerite, and arsenopyrite).
Scheelite, is another tungsten ore composed of mostly calcium tungstate and occasionally molybdenum – CaW(Mo4)O4.
Additional Notes:
* Under UV light scheelite emits a bright blue light, while a scheelite-molybdenum sample will be more yellow, with respect to the levels of molybdenum contained therein.
* Scheelite was named in 1812 in honor of the experimental chemist Carl Wilhelm Scheele, who, amongst many other important things, discovered chlorine. 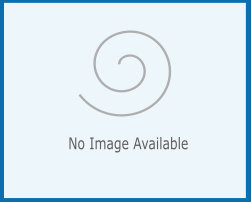